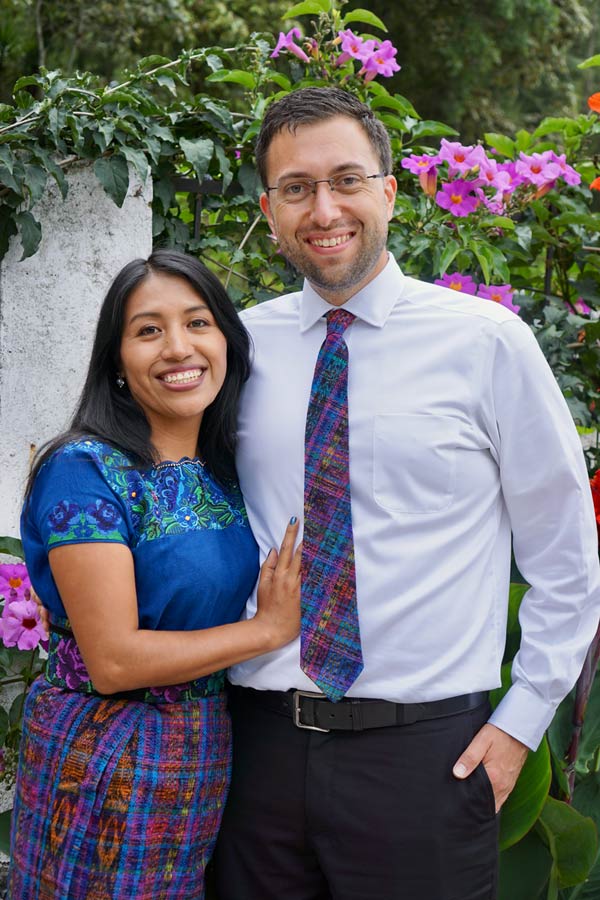 Jesse Brandow and Juanita Pascual are an Orthodox missionary couple serving under the omophorion of His Eminence Athenagoras, Metropolitan of Mexico and all Central America.

Jesse is from Michigan in the USA and graduated with a Master of Divinity from St. Vladimir's Seminary in 2013. He began full-time mission work in 2015, teaching seminarians and lay catechists as well as producing Spanish-language Church publications. More recently, Jesse was appointed by Metropolitan Athenagoras to work on Spanish-language liturgical translations for the Metropolis of Mexico as a whole. In this new position, he is preparing to launch a Spanish-language Digital Chant Stand website that will provide complete texts for the Divine Liturgy to the entire Spanish-speaking world. This website is being developed in collaboration with the OCMC Liturgical Translation Program, a team that has helped to produce other Digital Chant Stand websites (such as this one from the Greek Orthodox Archdiocese of America).

Juanita is from the village of Aguacate, Guatemala, and served as a community health worker at the Fr. Andrés Girón Orthodox Medical Clinic in Aguacate, before beginning medical school in 2017. She has completed her medical school coursework and now is progressing through a three-year period of hospital rotations. She looks forward to serving Christ as a doctor, caring for those who are most in need.

Please pray for Jesse and Juanita as they continue to answer their calling to serve Christ in Central America, under the blessing of His Eminence Athenagoras.