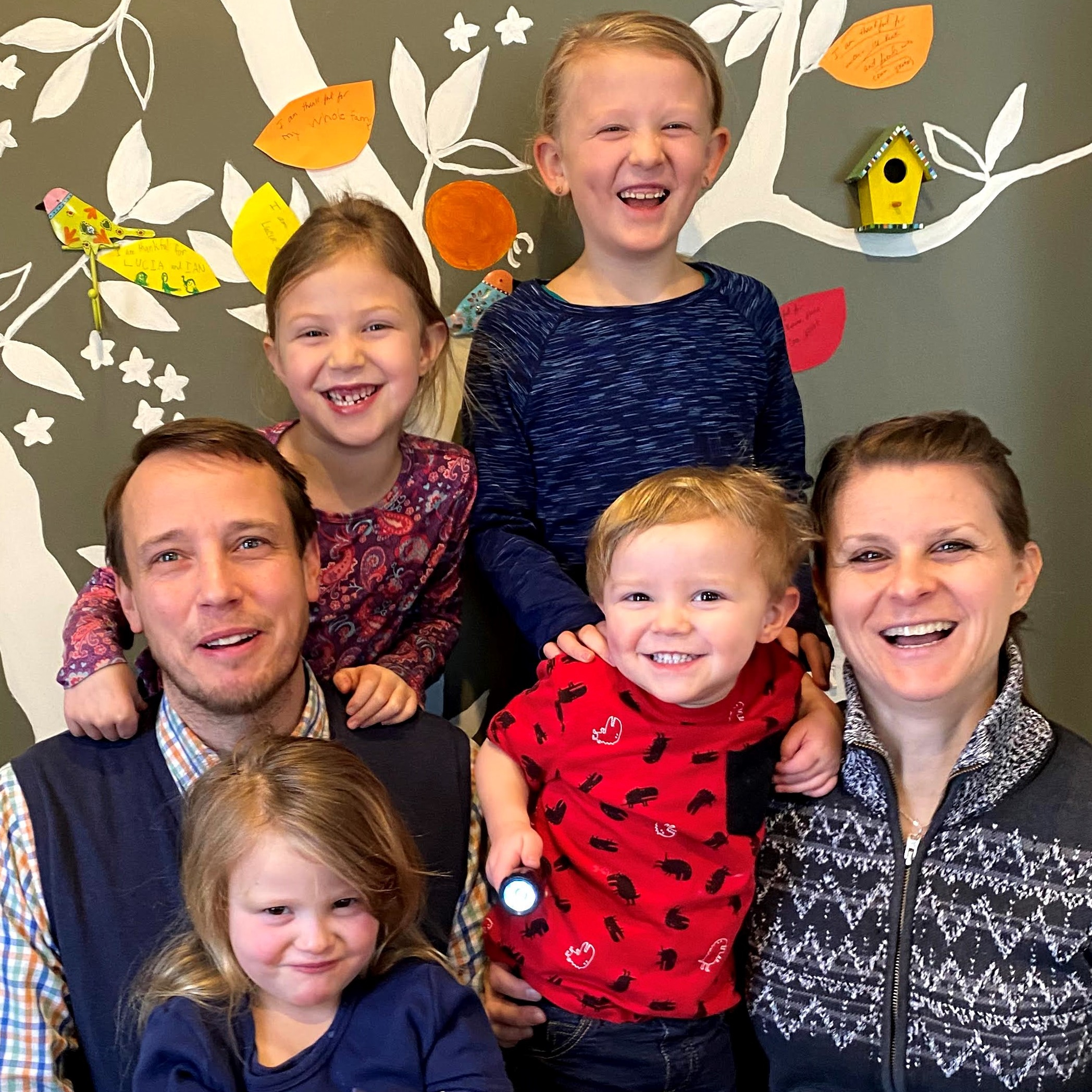 Michael and Meghan were both received into the Orthodox Church as children during the 1980’s together with their families, though on opposite sides of the country. They both were raised by loving, Orthodox parents who made many sacrifices to build Christian communities in which to raise their children, which has shaped and prepared Michael and Meghan for foreign mission service.

They met at a wedding at Meghan’s parish in Eagle River, AK and, in the words of their parish priest, were drawn together “like a couple of magnets.” They were married less than a year later and now have four children: Catherine (8), Anastasia (7), Cecelia (5), and Elliot (2). Michael worked as an administrator with the State of Alaska for several years before leaving public service to start a small construction business. Meghan is a professional teacher and currently homeschools their two older girls in addition to coordinating many activities to serve those in need and strengthen their community.

The Jones family was drawn into missionary service quite unexpectedly, when they learned about the apostolic ministry of the Holy Metropolis of New Zealand in Fiji, Tonga and Samoa and felt a strong calling to participate. The Joneses will be serving as needed throughout the metropolis: coordinating building projects, teaching the liturgical arts, conducting catechism, building community, and supporting the indigenous people of the South Pacific islands who have embraced Holy Orthodoxy.