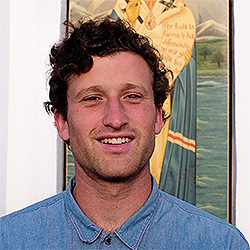 Oliver was raised in Tupelo, Mississippi. The son of Brian and Suzie Fahling, he is the fourth of eight kids - seven boys and one girl. He was received into the Orthodox Church at the age of 12 at St. John’s Orthodox Church in Memphis, TN.

He and his family moved to Seattle, WA when he was 13 and there he attended Inglemoor High School and St. Paul’s Orthodox Church. He first went on a week trip to Mexico when he was 13 with his new parish and went three more times during high school.

At 18 he moved back to Mississippi to attend Mississippi College majoring in International Studies and minoring in Spanish. He played collegiate soccer for four years. He attended Holy Resurrection Orthodox Church in Clinton. He first interned at Project Mexico going into his senior year of college as well as the summer after he graduated. After graduation and his second internship he worked as a Lift Attendant at Schweitzer Mountain in Sandpoint, ID before taking a full-time position at Project Mexico.